Tips for Having the Best Green Iguana Pet 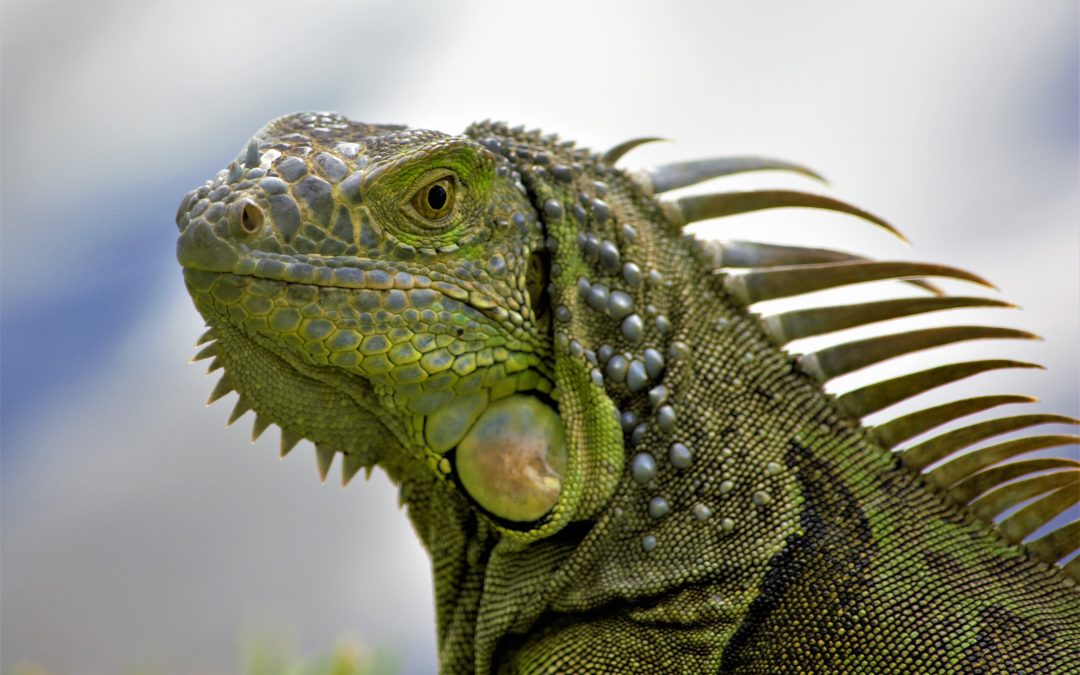 Before you go out and purchase your first iguana, you must arm yourself with the right information and knowledge about this species.

You have know what to look for and what to avoid.

Keep in mind that getting a healthy iguana in the beginning is crucial to prevent future challenges and problems.

Although we know more about iguana care now than we did 10 years ago, there are still a lot of misinformed iguana owners and pet stores out there. Unfortunately, there are still some iguanas for sale that aren’t properly cared for. Some of them have thermal burns, deformed faces, or body parts that are missing.

You have to be aware of certain things and be able to tell a healthy, normal iguana from a sick and damaged one. If you have further questions or concern, ask the iguana seller before making your final choice.

There are certain qualities and characteristics to look for when selecting the right iguana. Do not just go with the biggest one in the cage. Often times, hatchlings from the same cage arrive at different times and from different sources and the biggest hatchling may just be an older iguana that has been in the cage longer than the others.

Below is a list of characteristics to look for in a healthy, normal iguana:

1. Eyes: The eyes should be clean and bright. Watch out for any discharge, tearing, crusty residue, or drooping or swollen eyelids. Iguanas’ eyes must be alert, moving back and forth as if they are watching your every move.

2. Nose: The nose should be clean and free of any mucous or runny discharge. However, healthy iguanas have a clear, watery fluid discharge from their nostrils. Because iguanas don’t sweat, this is how they regulate their body’s salt balance. When this watery fluid touches the glass of its habitat, it dries and forms into salt crystals.

An improperly housed iguana will try to get out by banging and rubbing its nose the cage, causing an abrasion. If you see one with a nose that seems to be damaged, do not buy it.

3. Jaw: The jaw should look firm. Watch out for any signs of swelling, puffiness in the face, or any kind of distortion. The number one medical problem associated with captive iguanas is metabolic bone disease that is caused by calcium deficiency. One sign of this disease is a soft and swollen jaw. Even if the animal’s jaw appear to look normal, check for the early symptom of this disease by applying a slight pressure on the side of its jaw. The jaw should be firm, and not spongy.

Be very careful, however, when doing this pressure test. If the iguana is suffering from metabolic bone disease, you don’t want to worsen the problem by cracking its jaw, especially if the disease is in its advanced stage. Simply apply a gentle pressure with your thumb and index finger on the sides of its jaw and you will be able to determine the presence of the disease.

Also look at the animal’s face from the side. Make sure that it doesn’t appear swollen and that the lower jaw is aligned with the upper jaw instead of being drawn back.

4. Mouth: When you look inside the iguana’s mouth, it should look pinkish and healthy. Look for any bad signs of yellow coloring or cheesy, stringy mucous discharge. A mouth that is always hanging open is a sign of a respiratory disease, especially if it is mixed with a forced, labored wheezing sound coming from it’s lungs.

To look inside the iguana’s mouth, carefully hold the nose using your thumb and index finger while using the other hand to gently pull down on the very tip of the dewlap. Be careful and very gentle, opening it just enough to see the color.

5. Stomach: Its stomach should not look thin. A thin iguana is not a healthy pet. One that has recently eaten will show a big, happy belly. If you see them eating at the store or current owner’s house, that means they do not have an eating problem and will most likely remain that way when you take it home.

6. Vent: An iguana’s vent is the opening through which the animal defecates. It is also where the sex organs are located. To check the vent, hold the animal in a vertical position at about 12 inches from your face facing at its stomach. The vent is the horizontal slit or fold in the skin. The vent should have no discharge or anything sticking around that area, as this can be a sign that there is something wrong.

As for defecating, iguanas are clean animals and always clean themselves after defecation.

7. Tail: A healthy iguana tail looks thick, fat, and plump at the base (the area where the tail attaches to the body). There should not be any visible bones in the tail or the body. A fat tail is a sign that the iguana eating regularly.

8. Skin: An iguana’s skin should be bright and tight without any bagginess. Loose skin is a sign that it is not eating enough and not eating well. The skin of a young iguana should be bright green. As the animal gets older, the green gradually becomes more muted with the addition of some brown, blue, or gray patterns.

Adult male iguanas also turn into various shades of orange on their arms, legs, and heads during breeding season.

Do not choose a green iguana that has dark or black skin, this is an indication of a sick iguana. Some iguanas have ticks on their skin. This is not a reason to reject the animal. Ticks are easily removed and are not a sign of sickness. Also, it’s okay for the iguana’s skin to look like it’s coming off or to see thin sheets of torn skin. Thin, torn skin coming off its body means that it’s shedding, which is a healthy, natural occurrence that will take place throughout his life.

9. Legs: Healthy iguanas have rounded legs. However, the legs shouldn’t look swollen or fat. Iguanas with fat-looking legs may be suffering from calcium deficiency. Another sign of this illness is when the back or spine is twisted or distorted.

10. Attitude: When picked up, a healthy iguana should display a bit of feistyness or may squirm and try to get away. They may even try to bite you or whip its tail. This is normal.

These are wild animals and it is their natural instinct to try to get away to protect themselves. Unless it’s been tamed, if it’s too relaxed or too calm on your hand, it might be sick.

An iguana is a fun, interesting an exotic pet to have. As such, it is a pet that will require more care and attention than a standard dog or cat. This is not to say it is a better pet than a dog or cat, just a different one.

Because it is so dissimilar to other types of pets, the iguana will require certain special needs attended to and will also have additional requirement for its safety. The most common requirement is keeping the iguana safely secured in an iguana cage.

If there ever were a reason to have a solid iguana cage it would be to safeguard your iguana. While this would seem academic, most people take the safety of their iguana for granted.

This, sadly, can lead to results that can be seriously problematic for iguana and iguana owner alike.

In a way, one feels bad for a pet iguana when the poor creature is locked up in an iguana cage. One does feel bad, however, only when one does not realize that the iguana is safe in the iguana cage unless, of course, the iguana’s owner is paying strict attention to the animal.

If ever there was a sincerely sad situation is when the owner leave the iguana out of the iguana cage and stops paying attention it. Then, when time goes by, the owner will look for the iguana and cannot find it.

When the owner comes across an open window, it is fairly safe to assume what has happened. That, sadly, is the only thing that will remain safe, as the iguana’s chances for survival on the outside in an environment that is totally alien to its natural habitat are very slim.

So, keep your iguana either in full supervision or keep it secured in its cage. It’s your pet; treat it with love.