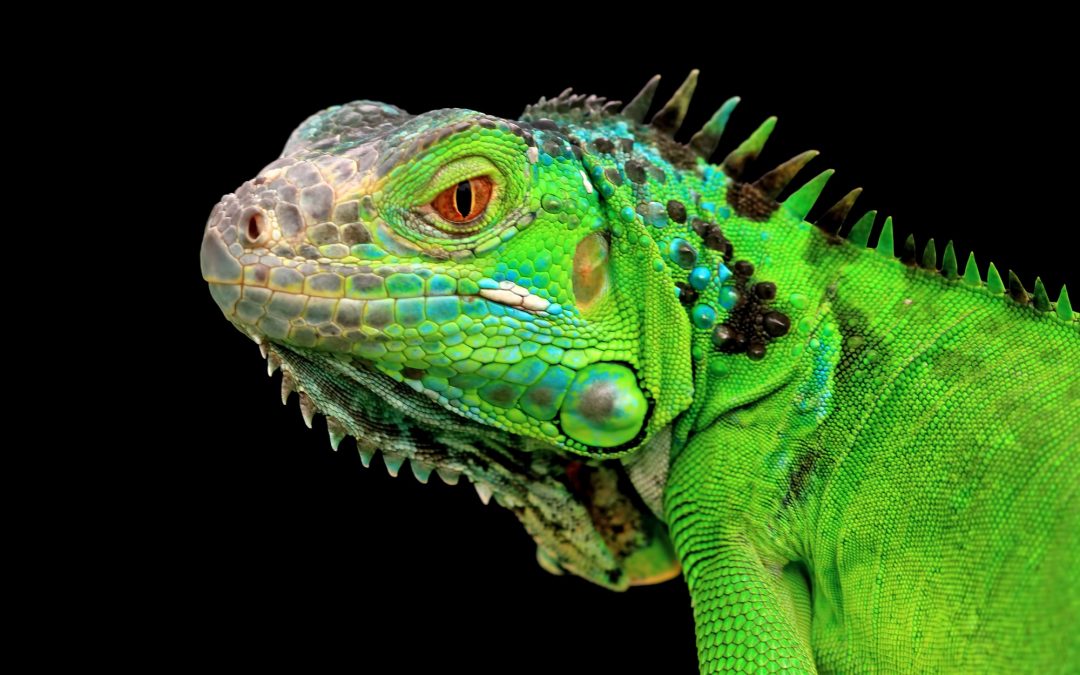 The U.S. Fish and Wildlife Service has found that there were over three million iguanas imported in the United States for the purpose of pet trade, private collections, and restaurants between 1983 and 2018. Those numbers do not include native iguanas.

With many people unaware of iguanas’ specific needs – like proper enclosures with UV lighting, special diets, and proper handling – many end up being abandoned or released into the environment.

Until recently, most of these animals were wild-caught, meaning that a group of locals (mostly children) went to the jungle and picked up as many hatchling iguanas as they could find. They would then get paid for each hatchling that they’ve captured.

The removal of iguanas from the wild is one of the major causes of the animals’ decrease in population. This, however, can be stopped by buying only farm-raised iguanas. 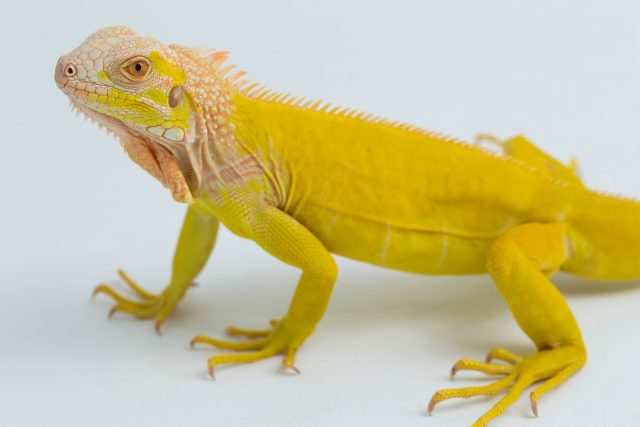 Picture of a Yellow Albino Iguana

Nowadays, most of the iguanas that come here from South and Central America are farm-raised. Because they are raised on farms, these lizards arrive at the pet store healthy, plump, and not stressed.

Although not all iguanas that are shipped here are farm-raised, if you see a thick, healthy young hatching, it is most likely farm-raised.

What exactly is a farm-raised iguana?

As the name implies, these are iguanas that are raised in an environment (a farm) where there is a specific breeding area for the baby iguanas. There are two ways to farm iguanas.

The first way is by catching gravid (pregnant) female iguanas in the wild and placing them in free-range pens. They are kept there until they lay their eggs.

The eggs are collected and placed in incubators. When the eggs hatch, the hatchlings are properly cared for until they are ready to be sold. The farmers then release the adult female iguanas back into the jungle. The following year, farmers look for a new group of gravid female iguanas and begin the cycle again.

The second way of farming iguanas is when farmers raise their own stock to breed in captivity, as opposed to capturing gravid females from the jungle each year. This process creates a more positive approach to preserving the population of the species.

This is because no gravid female iguanas are taken out of their natural habitat, therefore allowing their numbers to increase.

The importation of iguanas is a big problem for the United States. The U.S. Fish and Wildlife Service has been working in order to control the population of this invasive species in Florida, but it is not enough.

We should be careful when importing animals or plants because one never knows how they will affect the environment and ecosystem that they are introduced to.

The importation of iguanas is a big problem for the United States. The reptile trade has been illegal since 1975, but it continues to rise. This is because the importation of iguanas has become a trendy pet in recent years and many people are unaware that they are against US law. However, they are still able to get them from suppliers who smuggle them into the country for an increased price.

When iguanas are smuggled in to the US, they often carry parasites and diseases like malaria and salmonella that can be passed on to humans. And this is a major concern because humans do not have any natural immunity against these diseases.