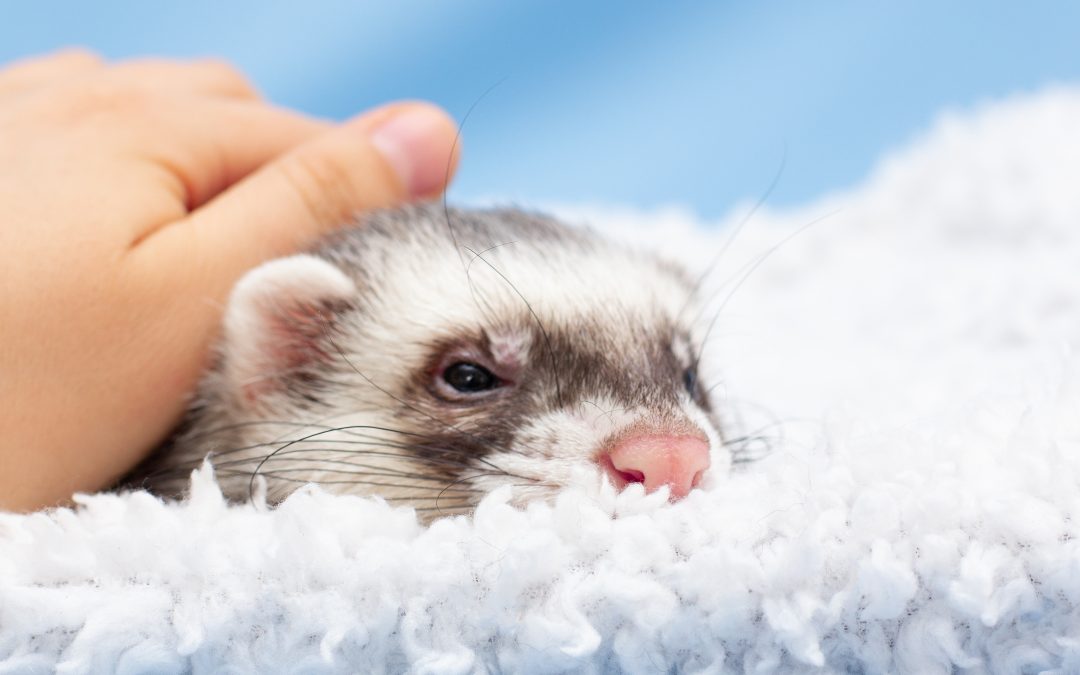 Would you like to have a weasel for a pet? How about a skunk?

Don’t be so quick to wrinkle your nose and say no. One of the most popular exotic pets in the world is a cousin to those very same creatures, sometimes considered nuisances or vermin.

Ferrets are also a cousin to badgers, minks and fishers, just to name a few. Ferret owners often describe their personalities as a blend of cat and dog. Like dogs, ferrets are extremely playful and usually quite friendly; like cats, they are very curious and can be independent.

This sounds like the ideal pet, and in many ways, it can be. But, ferrets also have some qualities which may make you think twice before getting one — or even two or more.

Before you even think about getting a pet ferret, you’ll need to check on the legality of doing so. Depending on where you live, ferrets may be illegal, or you may be required to obtain a permit to own one. In some areas, they are unregulated and can be owned freely by anyone.

Even if you’ve seen one at your local pet store, that doesn’t necessarily mean that it’s legal to own a ferret where you live. Some pet stores sell them, even in “ferret-free zones,” so the only way to be completely certain is to contact your local wildlife organization, humane society, or perhaps a veterinarian.

One reason for so much confusion regarding the legality of owning a ferret is that the domestic animal has a distant wild relative called the North American Black-Footed Ferret, which happens to be an endangered species.

The wild and domestic ferrets look very similar, despite not being closely related. In addition, domestic ferrets often get a bad rap from some of their other unsavory relatives, such as skunks and polecats.

Some people believe that ferrets pose a serious rabies risk and that escaped ferrets may form rabid packs and endanger livestock. Neither of these things has been found to be true.

What do you feed a ferret?

Ferrets are omnivores, but they prefer meat more than vegetables or fruit as their main source of nutrition. When it comes to food, ferrets generally like to eat things that are high in protein such as chicken or turkey in solid form or beef liver. They also enjoy crunchy foods mixed with cornbread and canned food like canned cat food which has a lot of moisture content.

Ferrets should be fed a diet that is rich in protein and fat. They also need to have a balanced diet including carbohydrates in order to stay healthy and strong. 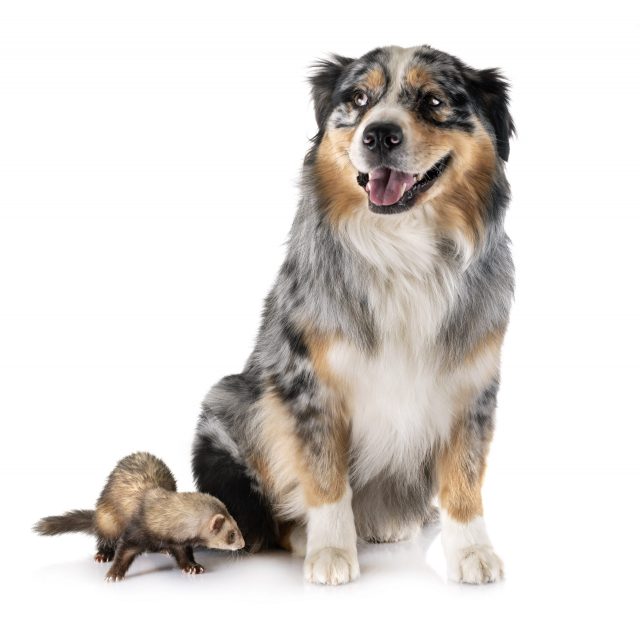 A ferret with her Australian shepherd friend

Do ferrets get along with other pets?

Ferrets are domesticated and social animals. They get along with most other types of pets, including dogs and cats. They are not aggressive towards other living creatures.

However, that’s not to say that they can’t bite if provoked. Ferrets do bite, but not hard enough to draw blood. It is relatively easy to train them not to bite.

Ferrets are generally happy, playful, curious creatures, which can make them delightful companions. They love to accompany their owners just about anywhere, enjoying a ride on your shoulders or even in a large handbag.

They’re very energetic and bright, and they can be taught to do tricks. Most ferrets will at least attempt to get along with the household dog or cat, and they can even be trained to use a litter box. 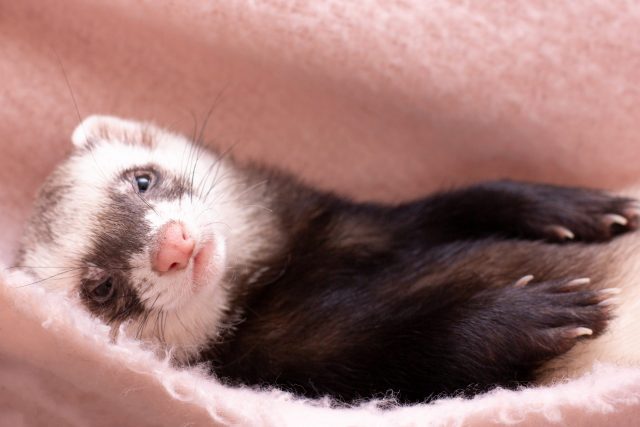 Pet ferret sleeping in a hammock

What are the drawbacks?

Though ferrets can be litter-trained, they are not as consistent about this training as cats, and they are also more high-maintenance than the average feline. Their insatiable curiosity means they’ll get into absolutely everything in the house (If you have plants, expect to see dirt flying as your ferret digs joyously!), so ferret-proofing your home is essential.

They also like to scratch at the carpet, and with their excitable natures, ferrets may not always be good pets for a household with small children. Lastly, ferrets have a distinctive, musky odor which some people find unpleasant.

What else do I need to know?

Before getting a ferret, be aware that they don’t live as long as the majority of cats and dogs. A ferret’s average life expectancy is 6 to 10 years. They can also cost anywhere between $75 and $250, and they also require a cage and vaccinations. As with any pet, spaying or neutering are recommended.

Should There Be Pets in the Classroom?
Tips for Having the Best Green Iguana Pet
Ten Essential Summer Travel Tips For Your Pet
Finding A Great Sitter For Your Pet