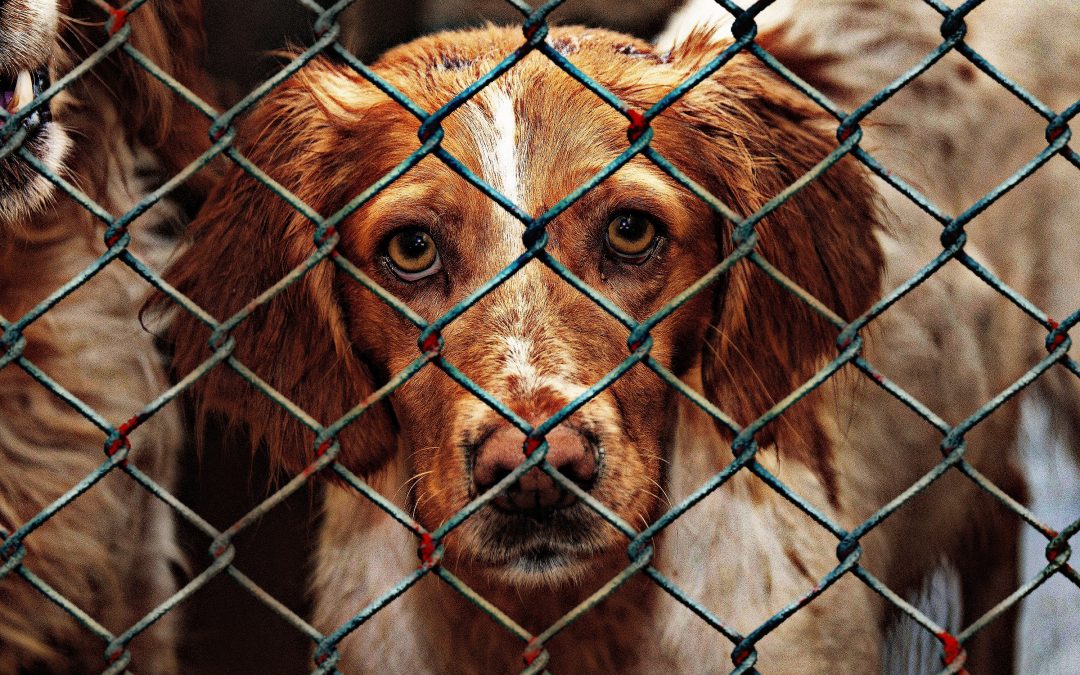 Adopting A Dog From The Animal Shelter

Before going to the local animal shelter to adopt your new dog or puppy, make a list of what you want as far as physical and behavioral traits apply. Determine the type of dog that you have in mind.

Are you looking for a big dog or a small dog? A puppy or an adult one? A dog who is independent or one that always thrives for your attention? Show your list to the shelter staff who can help you find the dogs that meet your preferences.

When you have found a good candidate, learn everything you can about that dog. Below are some of the things that you can do to find out if he is indeed the right dog for you.

1. Spend some alone time with the dog in the shelter. How does he act around you? Is he shy, aggressive, quiet, or high-strung? Look him in the eyes and then have him look at you. Do you feel any kind of connection taking place? I believe that there is such thing as chemistry between man and animals, and that is what you are trying to find here.

2. Ask questions about the dog’s health. Find out the last time he was seen by the vet. Ask if he has any kind of sicknesses that you should be aware of, such as hip dysplasia or worms.

3. Find out as much as you can about his history. What brought him to the shelter? Was he abused or neglected in any way? Does he appear to display a behavioral problem as a result of the abuse or neglect?

5. Find out how the dog behaves toward different dogs and other animals. Ask a shelter staff to bring some of the animals next to the dog and observe how he interacts with them.

Animal Shelters Prepare Yourself For Heartbreak

If you are thinking about taking a trip to the animal shelter, brace yourself for some of the most heartbreaking sights you may see.

You will most likely encounter a dog with an injured face, dogs that look sick and weak, or one with a limb missing or wrapped in bloody gauze.

As you pass by their individual crates, you will notice that a lot of them will be crying and howling. Some will be quiet and oblivious, while others will be barking nonstop. All of them, however, are desperate for love and attention.

There are many reasons why dogs end up in a shelter. Sometimes it is because the elderly owner had to move to a nursing home and has nobody else to take their dog, or the owner dies and the rest of his family aren’t able to keep it. Another case is when the owner has to go on military duty or make a sudden move to a place that does not accept pets. 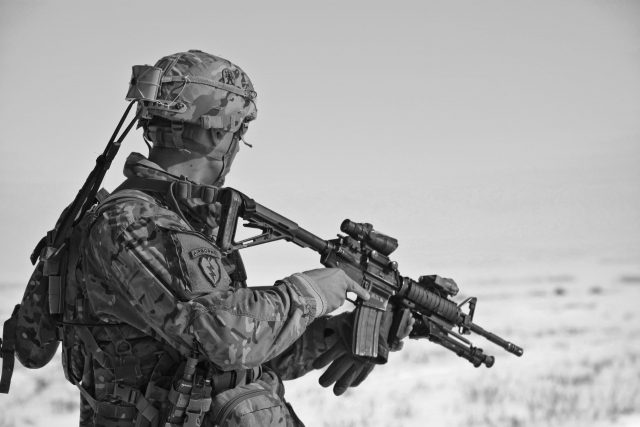 Our military often leave pets with shelters because they have no other options.

Another very common reason for dogs ending up in a shelter is because they have a behavioral problem and the owner does not know how to fix it. These two reasons, in my opinion, do not make sense and do not validate the owner’s love for their dogs.

Most shelter dogs are not aggressive and do not suffer from any behavioral problems. However, they may look a bit disoriented because they are experiencing shelter shock, which is a type of stress that comes from being left isolated and out of control.

The first thing that may come to your mind is to save as many of these dogs as you can. Although this is a great idea, it is not realistic nor practical to do. The best thing you can do is to adopt only as many dogs as you can handle. You may also encourage people you know who are looking for pets to go to the shelter and rescue a dog instead of going to a breeder.

By doing these two things, you will not only give these dogs a second chance at life, but you are also preventing them from facing an untimely and unnecessary death. I personally have a mutt that I rescued at a shelter in San Diego and she turned out to be one of the sweetest dogs that I own.

The Truth About Puppy Mills 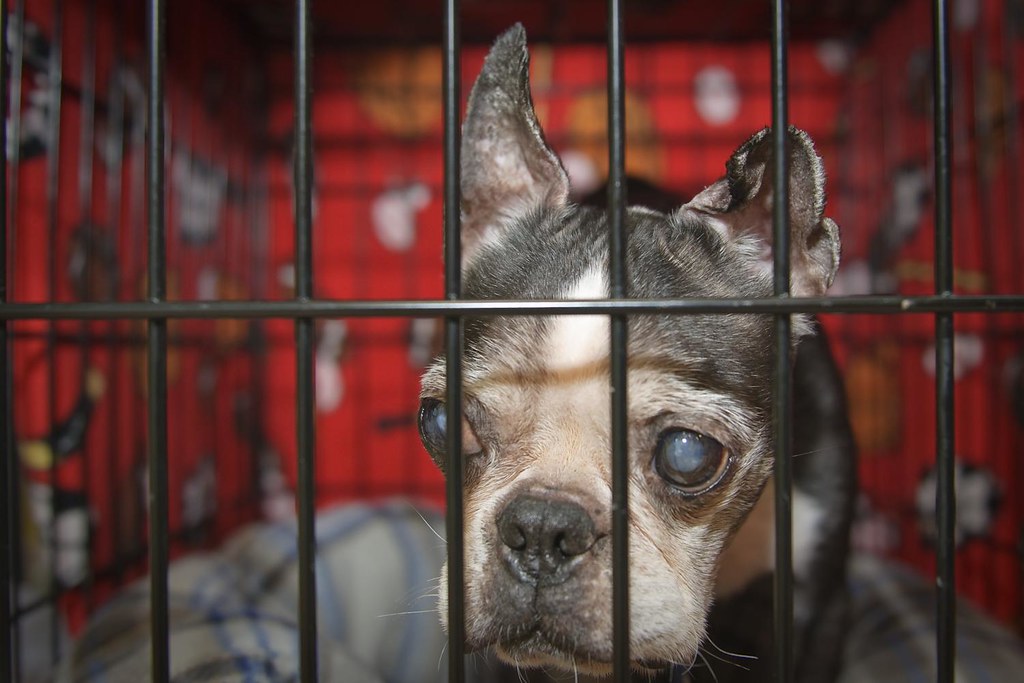 On its Web site, the Humane Society of the United States defines puppy mills as “breeding facilities that produce purebred puppies in large numbers.

The puppies are sold either directly to the public via the Internet, newspaper ads, at the mill itself, or are sold to brokers and pet shops across the country.”

To many people, that definition is a bit broad. Puppy mills, in addition to being simply large-scale breeding facilities, are usually places where sickly puppies and their often over-bred mothers are crowded into tiny cages, malnourished and living in squalor.

The poor conditions and lack of human interaction are bad for the puppies, no doubt, but they can also become problems for an owner who unwittingly obtains a puppy bred and raised in one of these disturbing places. Puppy-mill puppies can have serious health problems which don’t become evident until years after they’ve been adopted.

Unfortunately, there are thousands of puppy mills in the United States, alone, despite the federal Animal Welfare Act. They are still in existence in large part because the U.S. Department of Agriculture, which enforces the AWA, is simply stretched too thin to locate and close down all of them.

Even worse, many of these puppies are bought by pet stores, which in turn sell them to unsuspecting pet lovers, often even providing falsified registration papers.

The HSUS estimates that pet stores in the U.S. sell about half a million puppies each year, and though not all pet stores are guilty of dealing with puppy mills, there is a certain lack of regulation which makes it easy enough for them to do.

Though the Animal Welfare Act lists humane care and handling requirements, it excludes “retail pet stores” from following those requirements, and the USDA considers any dealer who sells his animals directly to the public to be a retail pet store. Therefore, these dealers aren’t required to apply for licensing.

The sales of pets via newspapers and the internet makes it even easier for disreputable breeders and dealers to unload puppy-mill puppies because buyers are so often unable even to see the animal they’re purchasing or his living conditions.

So what can you do if you find yourself the proud owner of a puppy-mill puppy? Seventeen U.S. states now have puppy “lemon laws” which allow buyers to be refunded or reimbursed for veterinary bills if they’ve purchased a sick puppy.

But, these laws offer only limited protection for the buyer, and they offer no comfort at all when a beloved pet suddenly develops serious health problems stemming from her deplorable upbringing.

Your best bet is to avoid puppy-mill puppies as best you can. Before getting a dog, research her background as thoroughly as possible, and make sure to take her to the vet for a complete physical before finalizing any purchase.

There are a few things you can do to help close down puppy mills.

* Contact state and federal officials and ask them to help enforce the existing laws and to pass new ones.

* Visit local pet stores and find out where it gets its puppies. If you deal with the pet store, insist on seeing health certificates and breed registry papers, which should list the breeder or dealer’s name and address.

* Write letters to the editor of your local newspaper outlining the puppy mill problem and its effects.

Perhaps the most important thing you can do is to urge others to be careful when it comes to getting a pet. Educate them about the dangers of puppy mills and encourage them not to buy from anyone who deals with puppy mills. The only definite way to stop them is to keep them from profiting from their abuse.