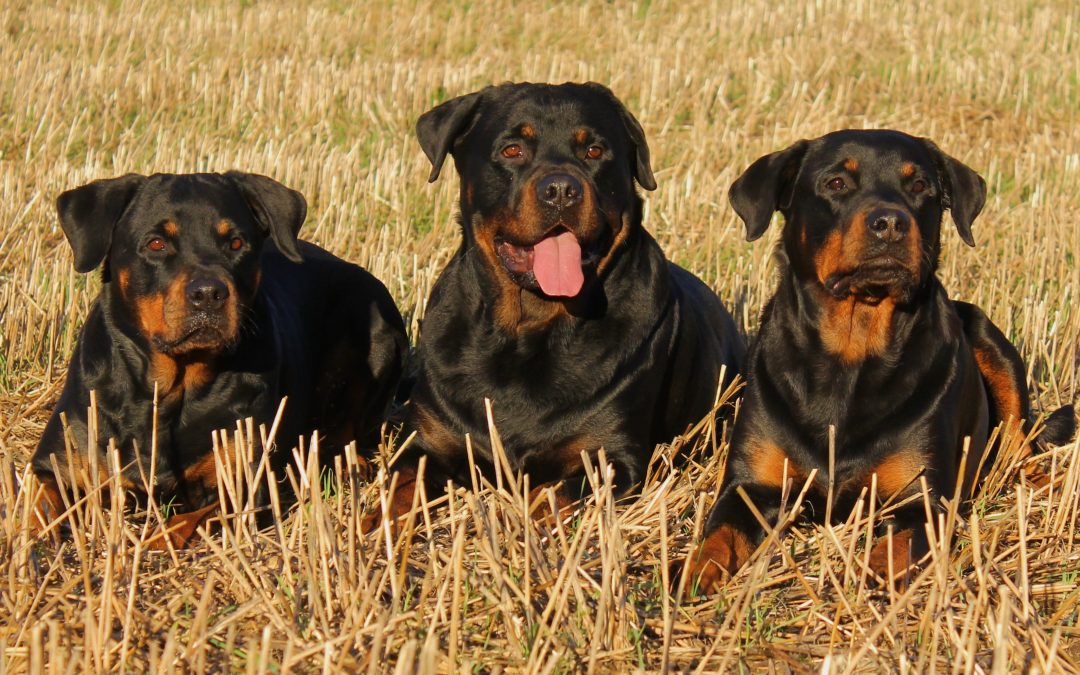 Canines in the Working Group are medium to extremely large sized

dogs. From performing avalanche and water rescues to protecting property, these dogs have been invaluable assets to their owners for many years.

Currently, the working traits are most often used for special purposes such as police work, guarding property and rescue operations. Many years ago, these animals would keep watch over human families when the owner/master was away and also would go to battle with their owner and attack the enemy by his side.

Their usually high intelligence makes them quick to learn the job they are to do and they often are also good companion dogs. The size and sheer strength of many of these breeds may make them unsuitable for average families as pets.

Exceptions to this are found with animals that are well trained from puppyhood by their owners and are raised with the family. The exuberance of large breed puppies may be too much for small children, but working dogs will adopt the entire family as “his” when reared and trained properly.

Proper obedience training is critical with these breeds whether they are to be used as working dogs or companion/pet dogs. Training should begin in early puppyhood before the dog’s size becomes a problem for the handler.

Most working dogs have great temperaments and some such as boxers, Newfoundland’s and Burmese Mountain Dogs love children and make wonderful pets.

Akitas, Rottweilers, Boxers and Dobermans have the most dominant personalities and are potentially the most aggressive. These dogs are the most likely to respond to a disturbance, rapid movement or high pitched voice of a child by reverting to “prey” mode unless they are socialized well from an early age. These dogs are not suitable for first time dog owners as the owner must position himself as “in charge” from the beginning.

Until the 19th century, appearance was not a consideration for breeders of this group of dogs. The breeds were chosen because of their natural instincts and temperament and the specific traits were developed by breeding to enhance performance of a specific type of work. Guard or attack dogs were bred to enhance their defense of their territory; rescue dogs were bred to increase their stamina and concentration.

In the past, it was not uncommon to cross one breed with another to increase useful characteristics of the dogs. Careful records were kept and passed on. Many of the now recognized purebred animals were originally developed by cross breeding.

Working dogs often have long or double coats and shed heavily. In Spring, owners may pull loose fur form the coat by the handful. These pets need daily grooming with brushes or combs and there are specialized shedding tools that will help minimize the hair on floors and carpets, clothing and furniture.

Guard dogs
Dogs that guard property differ in their approach based on breed and training. A “Watch Dog” does just that – he watches out for problems and when one is encountered his loud barking is meant to both alert his owner and to frighten the intruder. T

he limit of his ability is to let the owner know about a problem – he does not attempt to solve the problem himself. These are also called “sentry dogs” in some areas.

Most of us think of “attack” when we think of guard dogs. Not all breeds of working dogs can be trained to attack humans as it requires a strong protective instinct and dominant personality in the dog. Attack dogs do not bark as watch dogs do as the goal is to catch the intruder rather than frighten it away.

Other specially trained dogs will catch and restrain without harming a trespasser but when guarding a property on its own the, attack dog often inflicts a bit of damage.

Protection Dogs
While guard dogs are watching property, protection dogs will protect their master. These dogs are companion animals but highly trained to react quickly to counter a thread against the owner.

The protective instinct occurs in several of the working breeds such as German Shepherds and Rottweilers. What appears to be a gentle family pet will often react with at least a growl if it’s owner is threatened and some will instinctively defend the owner.

Most professional training facilities offer more than one level of protection training. This is based on the intelligence and ability determined for each specific animal. For example, some dogs may be trained simply to respond to a perceived threat against the owner such as a raised voice or hand of someone who may be arguing.

More advanced training results in a dog that responds quickly and effectively to a violent thread against its owner; the highest level results in a do that can protect its owner against more than one assailant in violent attacked.

Sledding (and at times, carting) dogs
Years ago it was common to train a large breed working dog to pull a cart for light hauling or to provide entertainment for children. Better known these days are the huskies used as sled dogs in Alaska. The spirit and hardiness of these dogs is legendary in survival stories of the far North.

Rescue Dogs
Some rescue dogs cross the lines to other groups. This work is some of the most difficult as working conditions are not always optimal. Finding lost children or hikers, finding survivors after a natural disaster or locating a skier buried in an avalanche — these are time sensitive tasks where the survival of a person depends on the ability of the dog to keep working as long as needed.

After the 2001 terrorist attack on the World Trade Center, rescue dogs were brought in from all over the U.S. Day after day they worked long hours attempting to locate any survivors…then the cadaver dogs took over and worked to locate bodies. A large number of the dogs used in that rescue died within 1-2 years of respiratory problems – caused by the toxins in the air they were breathing during that rescue.

A working dog that is to be trained for a specific task should be carefully chosen from a respected breeder. These large animals have a tendency to develop joint problems and are especially prone to degenerative diseases such as hip dysplasia.

Good nutrition and regular exercise will help a puppy develop healthy joints but it may not be possible to overcome a genetic disposition to joint problems.

Not only do you not want to lose a pet early to such disease, a working dog needs to be healthy to have a long “career” after the time and effort have been expended on specialized training.

Almost all of these dogs, if chosen well, can make great family pets. Some are not suitable for homes with small children, but all are good companion dogs. The personalities of these breeds are often calmer than found in smaller spaniels or terriers.

As a pet these breeds can still utilize their instincts for working by guarding the family and home, pulling children in a wagon or pulling sleds back up a hill, fetching floats from the water and being taught the game of “find” to locate family members in a working dog version of hide and seek.

Success with the Working Dog Group depends on the owner. The nature and instinct of the breed should be considered. A large dog in an apartment or small home is not always a problem though a large barking dog would cause neighbors to complain.

Early and effective training by an owner or trainer and a dominant personality by the owner will result in a dog that is not only useful but a true companion.

Cold Weather and Your Dog
Adopting A Dog From The Animal Shelter and the Truth About Puppy Mills
Dog Breeds – Sporting Dogs Beautiful, Smart and Versatile
Dog Breeds - Herding Dogs