Cat Eating Disorders – Is Your Cat Too Thin? 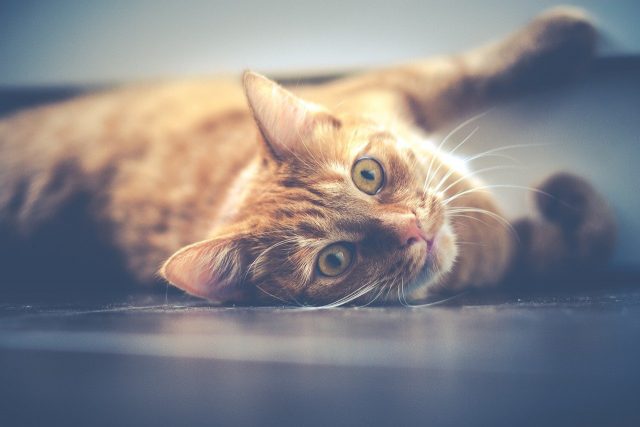 Cat Eating Disorders – Is Your Cat Too Thin?

If you don’t already know this already, overweight cats can suffer numerous health problems, including a serious liver disease that is often fatal. This is an important issue which needs to be addressed if your cat appears to be a bit overweight. On the other hand, just as dangerous to your cat is the problem of not eating enough.

The problem: These cats are just too finicky!

It’s very rare to see a cat, or any animal for that matter, pass up food. I haven’t seen a cat skip a meal yet! However, there are a few finicky cats out there who are so choosy about what they eat that they end up being malnourished and underweight. These cats can become this way for a variety of reasons, but is typically the fault of the owner.

Sometimes cat owners get lazy and they buy the same old cat food day after day, week after week, month after month, until one day they realize that their cat isn’t eating the food anymore. They simply get sick of it. One way to prevent this is to cycle different flavors of cat food during the week, as well as try out different brands of cat food periodically.

It could be a medical issue

If your cat still refuses to eat and is looking very thin, the chances are high that there may be a medical problem in which you cannot solve yourself. In order to see if your cat is too thin, take a look at his ribs and if they are clearly visible then he has a problem and you must take him to the veterinarian.

What about the cat that does not eat, yet still gains weight?

This scenario is one I am familiar with personally. Being a cat owner myself, I started with owning just one cat many years ago. His name is “Sparks”. Every day I would come home from work and his food would not be touched. Only seldom did he eat in front of me and that was on the weekends when I was usually home all of the time. After a while I started to get a little concerned that there was something wrong, however he was still the same weight. Even the veterinarian claimed that he was totally healthy and getting more than enough to eat.

I found the problem. He was eating food from the outside trash bin. Sparks had figured out a way to escape the house while I was gone. In one section of our basement was an old ventilation shaft that was just big enough for him to squeeze through which led to the outside. What was happening was that he was escaping everyday and eating old food from trash cans and other foodstuffs that he would find.

Although this doesn’t seem like a major problem, there was a good likelihood that my cat ate something that was bad for him or toxic. Luckily he never got sick, but he could have. I realize that many cats practically live outside in the owners are okay with that. But for us house-cat owners, our little friends are more vulnerable to picking up diseases and toxic foods from the outside.

Intro to Common Cat Health Problems
Cat Health: Feline Kidney Disease
How to Choose the Perfect Cat Just for You
Fat Cat Warning - Read This Now If Your Cat Is Overweight