Can You Really Train A Cat? 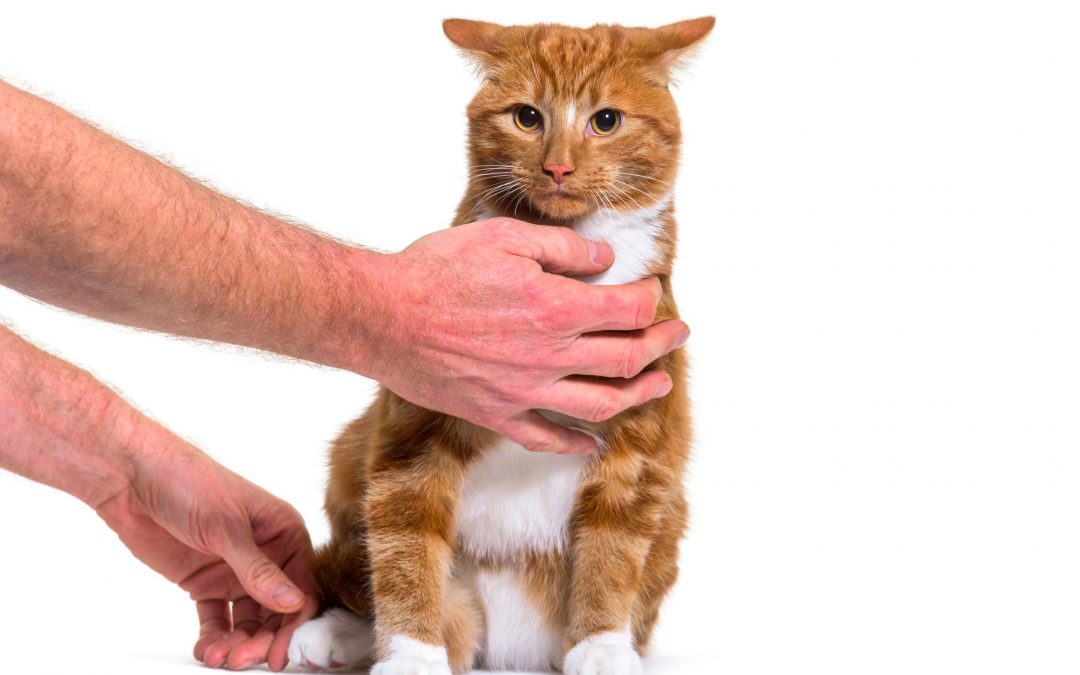 Sit. Stay. Heel. These are all commands that most dogs can begin to master after only a few weeks of the proper training. But a cat? Well, probably not.

Many pet owners view cats as too independent, too unconcerned with treats and rewards, or just too contrary to ever allow themselves to be trained. This isn’t quite true. Granted, most cats probably aren’t going to listen when you try to teach them how to sit and stay, but with patience and an understanding of how cats learn, owners can train their feline friends to behave appropriately.

This video shows how to stop your cats from scratching furniture:

Training a cat can be done in many ways. Some people use treats, others use positive reinforcement, and some people use a combination of both. Of course, you can also make it into more of a game and make it interesting for your cat to learn to do what you are trying to teach them.

Some cats are easier than others when it comes to training them. Cats that don’t get enough stimulation at home may be more difficult to train, but they shouldn’t be skipped over because they might need some extra effort on your part.

Cats are also very territorial and can be destructive when they feel their territory has been threatened. Training your cat, even if he doesn’t learn at first, will help him to understand where he can and cannot do his business so that you don’t have as many accidents around the house.

Cats, like most animals, learn through their experiences with the world. If they do something and find out it’s fun, they’ll probably do it again. If they have an unpleasant experience, they’ll avoid the behavior which led to it in the future.

That simple concept is really the only thing you need to understand in order to train your cat. Your task as the trainer is to make the things you want your cat to learn fun and rewarding. And it’s to make inappropriate behaviors unpleasant.

Sometimes, we as trainers get in our own way. We inadvertently do exactly the opposite of what’s best for our cat’s training. One of our biggest mistakes is trying to punish our pet for something which has already been done and forgotten – this holds true for owners of dogs and other pets as well.

The simple fact is, punishing your cat after the fact won’t teach her anything. She’s already forgotten her behavior, and she’s not going to associate it with your current action. In fact, she might make a negative association instead.

For instance, if you notice that she’s been prowling around on the kitchen counters, you might be tempted to grab her up and stalk out of the kitchen, speaking to her in a harsh voice as you go. This will only teach her that being handled by you is scary.

If she continues to jump on the counter, a better idea might be to line it with some sort of double-stick tape. Cats dislike sticky surfaces, so jumping onto the tape will be unpleasant for her and discourage her from repeating the action.

Even if you manage to catch your cat in the act of an unwanted behavior, reprimands probably won’t work. Yes, she’ll avoid repeating the action when you’re around, but when you’re not there, she’ll probably go right back to what she was doing.

One way to discourage inappropriate behavior in cats is not to discourage it, exactly, but rather to redirect it. If your cat is scratching at the furniture, you might try picking her up – gently – and placing her near her scratching post.

Making a couple of scratching motions on the post with your hand or gingerly picking up her paw and scratching the post with it may help her pick up on your meaning. If so, you can repeat this action each time she scratches an inappropriate surface, and she’ll probably learn her lesson.

With a little creative thinking, and your cat will be one well-trained feline.

Cat Health: Feline Kidney Disease
Intro to Common Cat Health Problems
Finding A Great Sitter For Your Pet
How To Keep Your Cat From Eating Your Houseplants