Yes, Catnip Is Dope but Don’t Blame Us, Cats Love It! Your Guide to Catnip 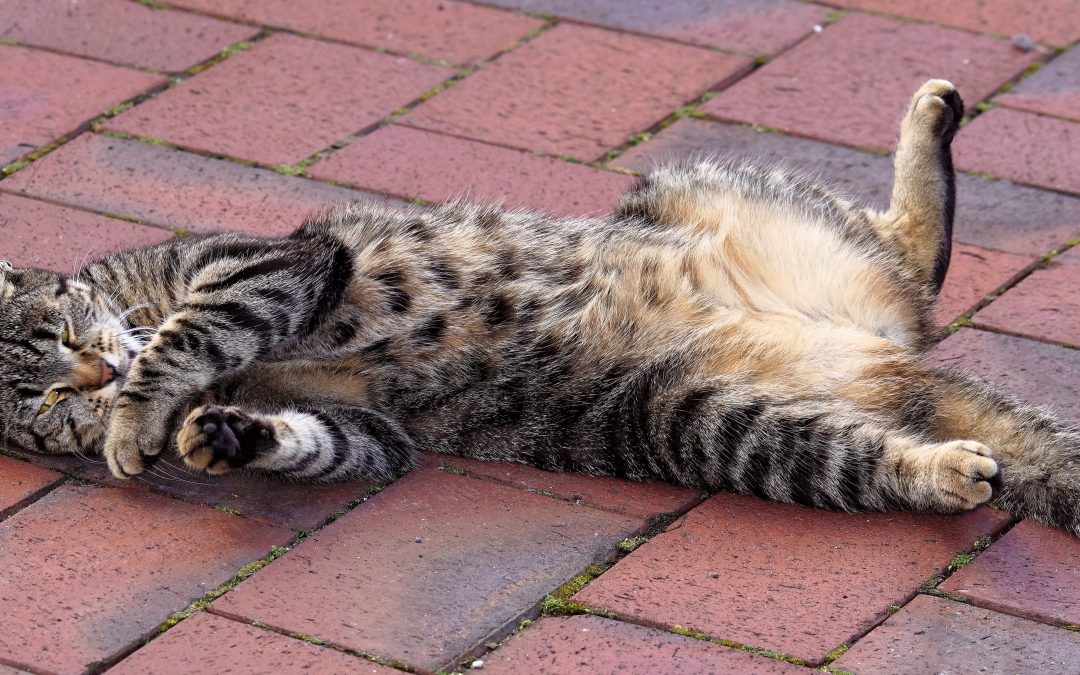 What do you do when your favorite feline needs a little pick-me-up? For many cat owners, the simplest answer is to toss her a catnip mouse, or even a small sprig of the plant itself. But, have you ever thought about what catnip is, exactly, and why your cat responds to it the way she does?

Nepeta Cataria is a plant of Asiatic origin which is commonly called catnip. The Romans first used it more than 2,000 years ago as both a cooking ingredient and a medicinal agent, but some speculate that the plant was first introduced to cats by the ancient Egyptians, who worshipped the animals.

While there is some question as to how, exactly, cats first got their paws on catnip, scientists do know why many of them are so fascinated by the plant. Its stem and leaves contain a chemical called nepetalactone, which gives off a scent that many cats find exceedingly pleasant. Upon coming into contact with catnip, responsive felines will first sniff intently at it before beginning to rub their heads and chins against it repeatedly.

Even the most dignified cats often will begin to purr loudly and emit other sounds, such as meows and even growls. They’ll occasionally roll and leap about as well.

While cats often lick, bite and even chew catnip as well as sniffing it, most scientists believe cats’ fascination with the plant is caused exclusively by the scent, not the taste.

They theorize that biting and chewing catnip leaves releases more of the aromatic chemical which so enthralls the feline senses. In fact, should a cat actually eat catnip, the plant would have an opposite effect, acting more like a mild sedative than a harmless “frisk enhancer.”

The same result is true of valerian root, a plant which elicits feline reactions similar to catnip.

Not all cats respond to catnip in the same way. Some will “go crazy,” while others will have only a lukewarm reaction, or none at all. It’s unclear how many cats are able to ignore the lure of catnip, with some estimating the plant has no effect on 20 percent of felines and others approximating that nearly a third show no preference for catnip.

Kittens younger than six months of age generally avoid the herb. There also is no clear explanation as to why some cats react, while others don’t, though experts guess that it may be a genetic predisposition.

If your cat shows little or no reaction to her catnip-filled toy, or if her reaction seems to have diminished, there could be other causes.

First, prolonged exposure to the scent can lead to your cat building up an immunity to it, or simply becoming bored with it.

Second, catnip can lose its potency as time goes on, though storing catnip toys in the freezer can slow this process.

Third, the herb could have aged, and therefore lost some of its scent, or it could have been grown under less than ideal conditions, make the plant itself less potent from the start.

With all these factors to consider, don’t let one non-reaction fool you. Test your cat with several different catnip products and wait for her to go wild!

Most cat owners have seen their feline companions go a little, well, wild when exposed to the herb commonly known as catnip. They often purr and gambol like playful kittens, no matter how old and dignified they may be.

Catnip isn’t fit just for kitty consumption, though. It was first intended as both a cooking herb and a medicinal agent for humans, and it still has a host of uses today.

Catnip is an herb of the mint family which is native to parts of Europe, Asia and Africa. It was used in both cooking and healing by the Romans more than two millennia ago, and in the Middle Ages, catnip was used to treat colds, stomach complaints and nervous conditions. Many people believe the ancient Egyptians, who worshipped felines, were the first to introduce it to cats.

It was brought to America centuries ago as a popular plant in settlers’ herb gardens and was used as a sleep aid and to alleviate both coughing and upset stomachs. Soon, the herb spread beyond the gardens and began to grow wild.

Today, the leaves of the catnip plant are still used to treat several conditions. Some people chew on them as a headache remedy, while others brew tonics that are said to be beneficial in fighting off colds.

Catnip leaves are also used to alleviate stomachaches, and in the past, it has even been used to calm hyperactive children. The plant is very safe to ingest, and it can be taken without worrying about the side effects which certain more common drugs can cause. As a bonus, catnip doesn’t interact badly with other medicines.

As a cooking herb, catnip has a unique flavor which can enhance soups, stews or sauces. Some people also enjoy making an herbal tea from catnip, either by pouring boiling water over the blossoms and leaves or by crushing and boiling the seeds of the plant.

Grow Catnip Plants for Your Health and Your Cats

Catnip is easily grown either by planting seeds or by making a cutting and transplanting it to a new pot or bed. If you opt to grow it from seeds, plant them about 1/4 inch deep or shallower. The herb grows well in gardens, flower beds and even window boxes, particularly those which are exposed to full sun. The more sunlight it gets, and the sandier the soil in which it grows, the more pungent your catnip crop will be.

There are two main varieties of catnip, known as nepeta cataria or nepeta mussinii. Nepeta cataria is “true” catnip, and it typically grows to about 4 feet in height and resembles the stinging nettle.

Nepeta mussinii, also known as catmint, is closely related and sometimes used interchangeably, but it has a very different appearance. It grows to a height of only about one foot and tends to sprawl; in fact, it is often used as ground cover. It gives off a citrus-like aroma.

Catnip leaves can be harvested at any time during the growing season, as needed, but be sure to gather them only when they’re dry and fully grown. Dry them thoroughly in the sunlight and keep them out of the night air.

The herb’s whitish flowers, the most potent part of the plant, are usually harvested in July and September, and they should be stored in a dry place in paper bags in order to retain as much fragrance and color as possible. Do not tie the plants in bundles.

Finally, save some cuttings or seeds. Catnip is a perennial herb, meaning that once it is planted, it will grow year after year. However, once your cat gets a whiff, you may find yourself needing to replant several times!

Catnip Recipe for YOU

Mix the herbs together well and store them in an airtight container. When making tea, stir 2 teaspoons of the mixture into a cup of boiling water. Steep for 5 minutes, then strain out the herbs before serving.

Combine the juice of one lemon with the white of one egg. Pour a half-cup of sugar onto a plate. Dip catnip leaves into the egg mixture, then brush both sides of the leaves in the sugar. Dry the leaves on a clean plate for about an hour and refrigerate in an airtight container.

Preheat oven to 350 degrees Fahrenheit. Mix dry ingredients together, then blend in milk, molasses, egg and butter or oil. Roll the dough out flat onto a cookie sheet and cut into small pieces. Bake for 20 minutes.